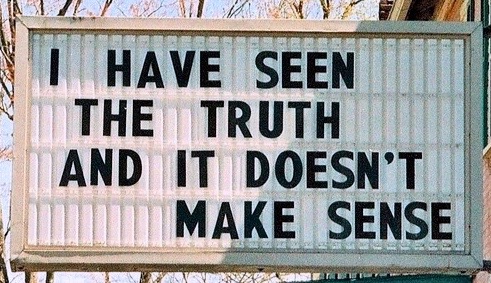 I get many different questions from readers of The Six-Figure Second Income. They ask one question far more than any other, and it goes like this:

“Loved your book, but I gotta be honest: I just don’t understand why anyone would pay for information when there are literally billions of pages of free information on the Internet.”

I suspect that these readers are being polite when they phrase the thought as a question, because what they’re really thinking is “There’s no way people will pay good money for information that they can get for free with a few mouse clicks.”

Let’s therefore see if such strange behavior does in fact happen in real life:

Case 1: Why have many thousands of people–including maybe you–bought The Six-Figure Second Income in the first place? The book is about creating simple information products that can cumulatively build a solid income stream for you over time.

When I typed the words “information products” into Google, here’s what I got:

The Web has lots of garbage, so maybe only 10%…OK maybe just 1% of those links is worth checking out. That means people had more than 7 million alternatives to buying my book, yet they bought it. Why?

Bonus Case 1B: Excuse me while I take a short detour so we can look at the place where you probably bought that book—Amazon. That was another situation where people said the business model made no sense. Writers called it Amazon.Con and had no shortage of reasons why Amazon at best would be a bit player.

I mean, they were doomed to fail from the start, right? Sell books online? When people cannot pick up the book and leaf through it? And when dinky little Amazon will be going up against multi-billion-dollar publishing-industry giants? Ain’t gonna happen.

Jeff Bezos is now worth $50.5 billion. Funny thing is, Amazon still has a stable of anti-fanboys, still whining about every move Amazon makes, as if the writers are so much wiser about business. My point in bringing up Amazon is that it’s OK to theorize about what is sure to win or sure to fail, but it’s much better to go out into the marketplace and actually find out what flops or works.

Case 2: I’m getting hungry and want some grub. If I go back to Google and type in “recipes” here’s what I see:

That’s 434 million results for recipes, yet over at “it will never work” Amazon, we see 159,000 cookbooks for sale, which means many millions of likely buyers. Don’t all those shoppers know about free recipes on the Web? Let’s say every one of those shoppers is 20 years behind the times. Even they would know about things called “libraries” where cookbooks can be checked out for free.

Case 3: If we do a Google search for images, the story is the same. Billions of images available for the taking, yet a booming industry has arisen in “micro-stock agencies,” which sell images for a few dollars. The industry is worth billions. Why are all these people paying good money for images when so many others are available for free and often can be used without restriction?

Case 4: Why do students still yearn to be admitted to colleges where–in the case of Ivy League schools–the yearly tab is more than $50,000 when they can just take free online courses . . . from the same schools?
People do indeed pay all the time for very similar things that can be found for free. Now that we’ve established that they do it, let’s look at why they do it:

Seven Attributes People Will Pay For

1. People pay for convenience. I could buy an apple or orange at the store for a few pennies. But wait! I’m an Amazon Prime member so I can do better! I’ll just buy my kid’s food through Amazon and have it delivered. Besides, it’s made with real fruit!

And if I’m at Walmart, I can buy celery all nicely washed and cut up: 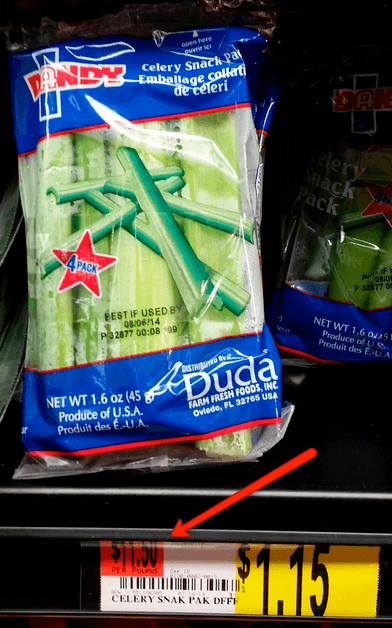 Does $11.50 per pound for celery seem just a tad high to you? Especially when it’s next to the fistful of celery for about a tenth the price? People buy the convenience, or the product would not stay on Walmart’s shelves. Trust their accountants on that one.

2. People pay for entertainment. Oh, and those snacks that Amazon managed to deliver in mere seconds after I ordered that fruit? They’re in Disney Pixar Cars shape! So Junior gets his nutrition and his entertainment!

For years people have lamented how we live in an A.D.D. society, how all kids know these days are online games and social sites, etc. Yet it was not long ago that a starving, unknown author wrote a story that stretched for 4,224 pages.  And when later volumes of Harry Potter were about to be released at bookstores, pre-teen kids were known to stay up all night in lines–not for the latest iPhone, but to get a 400-page book. Talk about the power of entertainment.

3. People pay for status. A guy actually completed the entire MIT four-year computer-science curriculum by taking 33 free MIT online classes on fun topics like Probabilistic Systems Analysis. That’s pretty impressive to be so motivated and to do it in one year, no less. Sadly, it will never be as useful on his resume as if he got the genuine sheepskin from MIT–even if he had earned the diploma while partying and being drunk the whole time.

A strange form of status is the Pet Rock. You don’t want just any rock, right? You need a genuine one from the Pet Rock guy. Never mind that he collected them for a penny and sold them for four bucks. And that they were rocks. He deserved his millions because he discovered that clever positioning and being the first to do something can make you the genuine article and make everyone else a footnote.

4. People pay for stories. The richer your clientele, the more they will pay for stories. People with money usually have nice cars, a fine house or four, and whatever food they want. So what do they do at parties? They trade stories:

“Whoa Frank, where did you get that grill?”
“Oh this? It ain’t no regular grill. Did you know that Obama presented one just like it to the British Prime Minister? I kid you not.
“This thing is made in the USA, and I’m talkin’ down to the individual bolts. Some guys in the midwest make these and one day they get a call out of the blue from the State Department. They thought it was a prank but it was real. And so Obama gave a grill just like this one to Prime Minister David Cameron. Yeah, it cost me 2200 bucks, but so what.”

What does this have to do with selling non-tangible stuff like information? Let’s say you were a fan of eating desserts, and not just any desserts but Parisian pastry. How could you possibly turn that into an information product? I mean, how stupid is that? There are millions of travel books and probably thousands on just Paris alone. Besides, all the Big Boys have established names like Michelin, Fodor’s, Zagat, etc. What hope do you have of standing out?

This person did. He  took it upon himself to eat more than 400 pastries in dozens of patisseries in Paris and make notes of his findings.  He started to post them on the web, and did not pretend to be a world-famous chef, but instead was just a pastry lover. When I type in “Paris pastry” here’s where his site shows up. Note how even Facebook and Amazon rank lower than he does.

Is he making a fortune by selling ad space on his site? Probably not. But has he built a great foundation for growing his site and his revenue? Absolutely. He has a unique story that’s very tell-able about visiting all those patisseries and describing what he found. Just as I remembered to tell you about it, others will do the same to their friends, and that word-of-mouth over time will make him money.

5. They pay for consistent quality. People want to place their trust in an expert and not have to search out quality advice every damn time they go online.

Let’s say I run a road-painting service and I need to use Photoshop to make a tiny adjustment to our corporate-brochure image that shows why we’re the right people for the job: 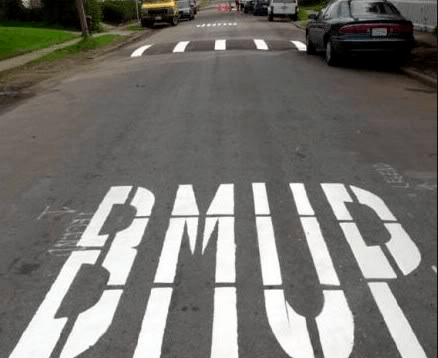 I can go to YouTube to learn how. I might even have luck with finding a good video that explains how to retouch the image. My problem is that I just want the image fixed, and I have no time or interest in learning how to do it from free YouTube videos where I must look at 10 videos to find a one that’s halfway useful.

The problem is that “number of views” is a really bad measure of quality. Consider these two very similar topics on YouTube: Dan Sullivan talks about “How do you get your confidence” and (at the time of this writing) has around 8,200 views. I’ve followed his stuff for years and though he’s not movie-star material, he also has true insights. Let’s contrast that with this person, who’s telling us “How to speak with confidence.” She has 1,587,000 views when I’m writing this. She may have some useful things to say, but do you think the value of her content is 193 times as good as Dan’s?

Consistent quality is one reason why I like lynda.com. I pay them monthly because I know that I’ll get targeted videos, each on one narrow, useful topic, taught by an expert. It will not include 15 seconds of annoying branding-style intro on the 2-minute video, but will get right to the point. In addition, I can see the transcript right there, and it even syncs with the video. In other words, I can click on any words in the transcript and see the appropriate video section, or vice versa.

Because my time is worth something, I’m fine with paying a few bucks a month for that reliably good product. News Flash: LinkedIn bought Lynda for $1.5 bil. In other words, somebody’s getting a billion-dollar payday for producing videos on topics that are available for free in abundance on YouTube.

6. People pay for narrow niches. The narrower your focus, the more intense is your beam and the more you resonate with a narrow group:

7. People pay for more. As I wrote in The Six-Figure Second Income, most people don’t think of themselves as collectors, but they most certainly are. When I say “collectors” I don’t just mean the traditional type that focuses on art or antiques: Some people collect dirty jokes, others collect husbands, wives, or one-night stands. Still others collect travel experiences or lolcat videos.

Once you get a collector’s juices flowing, that person will run through all the free materials and then be happy to move heaven and earth for an even-larger collection. Why does Niek Vermeulen have 6,290 barf bags? Because 6,289 was just not enough.

It doesn’t much matter why people will pay for things they might be able to get for free. What matters is to recognize that they often do pay. You don’t have to understand gravity in order to make it work for you.

Construct your products or services in a way that incorporates one or more of the Seven Attributes I listed above. Then test and tweak. You will not get it right the first time: Your price may be off, your sales message may be only partially on target, and so on. But with some patience and consistent effort in the direction of your goal, you’ll get a better message-to-market match, and that will bring more success and money.

What other attributes can you think of that people will pay for?